Thomas Berndorfer CEO and Founder
The blockchain market is expected to grow from a $1.2 billion market in 2018 to $23.3 billion in 2023, having an average annual growth rate of 80.2 percent. However, as much as these statistics show the growing popularity of technology, the reality is quite the contrary. Blockchain is a treasure trove of opportunities when it comes to applications in different industries like healthcare, machinery, and management, and yet many companies still see Blockchain as mere cryptocurrency. One major application of Blockchain is in Document Management Systems (DMS)—utilized to verify and validate documents that are created in, enter, or leave an organization. There are various kinds of documents in multiple fields that need to be checked for their authenticity. Companies want to guarantee there is no tampering from the time of creation to utilization to storage. In finance and audits, there are bills and invoices. In healthcare, patient medical data needs to be tamper-proof. In manufacturing, there are machine reports that are created using machine data. All these are critical, and there can be dire consequences if they are tampered with or altered without supervision. Traditional efforts to check and verify if they have been manipulated or modified can take a lot of time and be expensive. However, by sealing the documents using CB Digital Seal for SharePoint, the worrying about document tampering is eliminated. Connecting Software’s Digital Seal for SharePoint combines Blockchain with DMS to create an out-of-the-box solution to make their client’s documents tamper-proof, making the process both time- and cost-efficient. Therefore, instead of the project taking six months with 20 people, it takes only two weeks with 2-3 people for safe completion.

The company was founded in 2004 by Thomas Berndorfer. Thomas used his comprehensive overview of CRM and ERP collaboration tools to create the platform Connect Bridge to make the integration between software more accessible. As Thomas says, “We are a non-sexy software company with very sexy software for peak technology people.” However, it was at the Web Summit 2018, held in November, that he realized the potential of Blockchain when he was passing by a small booth that presented document sealing using the technology.

That one encounter led the company to explore the technology and eventually come up with CB Digital Seal, a solution that uses Blockchain to seal documents, making them tamper-proof and highly secure. As Thomas says, “CB Digital Seal for SharePoint is an out-of-the-box solution that you can plug and play and have Blockchain technology in your daily business, in the sealing of your documents.”

CB Digital Seal creates a hash of a document and then sends this hash to the cloud part of the software, which is the CB Digital Port of Trust, which aggregates all hashes into a Superhash. The company then sends the super hash to Blockchain platforms like Ethereum, Bitcoin, or other public or private Blockchains. The CB Digital Port of Trust subsequently communicates to the CB Digital Seal that the documents were successfully sealed. From that point onwards, you can prove no one tampered with the document. The fact that, during this process, the original document data is never stored in the Blockchain, only the document’s hash provides the highest possible security, efficiency, and compliance.

Beyond CB Digital Seal for SharePoint, Connecting Software’s next step is to use the Digital Seal technology to make all their existing products ‘Blockchain Ready’. The enterprise plans to present other companies with their solution as an addon so that they can use it to improve their products as well and, thus, can have their own Digital Seal with Blockchain product. As of today, all of Connecting Software’s products have proven to be extremely reliable, with their churn rate being less than 1 percent in the B2B area. Thus, the company diligently continues to improve CB Digital Seal and show the true potential of Blockchain to its. 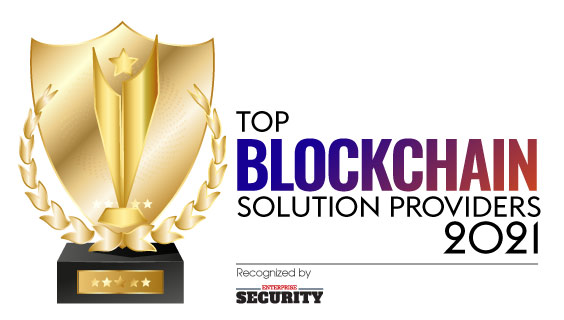 Description
Connecting Software offers a unique and powerful software integration platform Connect Bridge, as well as SaaS and on-premises products. The firm provides integration, synchronization and productivity solutions to a global customer base across sectors. They are an international team representing more than ten nationalities at offices in four countries